With an unparalleled bias for action, we proactively advocate for transformative city planning and legislation that helps ensure Denver remains a vibrant, world-class city. 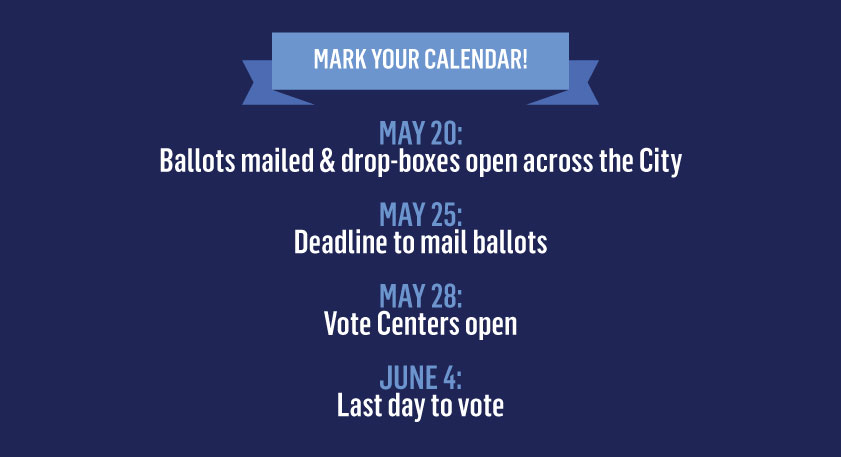 A runoff election will take place on June 4th to determine who will fill the seats of Mayor, Clerk & Recorder and City Council Districts 1, 3, 5, 9 and 10. Voters will also decide on Initiative 302, “Let Denver Vote.”

Learn about the candidates who will appear on the June 4th runoff ballot and their positions and values regarding parks and public spaces, transportation, and other topics important to the economic health and vibrancy of Downtown Denver.

*Candidates are listed in the order in which they appear on the ballot. 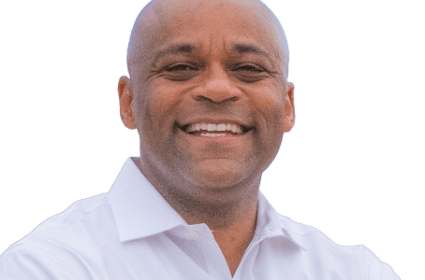 As the incumbent candidate, Mayor Michael B. Hancock is looking to sustain the momentum that’s been created in Denver and take it to the next level. He is running for a third term because he believes that as a City we have a lot of work to continue and he wants to finish job that he started. Mayor Hancock’s priorities are affordable housing, building out multimodal network, homelessness and sustainability. If re-elected, Mayor Hancock will look to ignite energy and opportunity in the city with a focus on becoming more inclusive and equitable. He says he is excited about addressing challenges. In addition, Mayor Hancock believes we can do more to support small businesses across the City. He says the more we focus on small business, the more successful we will be. Mayor Hancock sees an abundance of opportunity rather than an abundance of deficits in our growing City and looks forward to building upon this momentum in his next term as Mayor.

Jamie Giellis is running for Mayor with the goal and intention of creating a greater sense of connection between citizens and their government and ensuring that all Denverites get experience the best of our growing city. Jamie stressed the importance of transparency and accountability in government; prioritizing funding for transit; and finding housing solutions that prioritize affordability and serving those experiencing homelessness. She believes that the Mayor's role is to be collaborative, engaging and communicative- setting a large table with a setting for everyone. 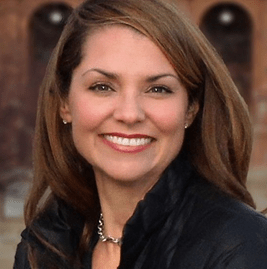 Amanda Sandoval's public service spans back to her childhood- she grew up attending rallies and attending nonprofit events- and her professional career has included working as a City Council aide and a legislative liaison for the Denver Fire Department. Sandoval wants to protect the future of Denver. Her experience has led her to recognize the beauty of public-private partnerships and policy advocacy; to fall in love with zoning; and has developed her ability to build coalitions and get people to the table to make crucial decisions. Sandoval envisions setting up her office in a non-traditional way and stressed the importance of finding capable people to staff her office from within District 1.

Mike Somma has been a public servant for 34 years, including seven years with the Denver Police Department. In addition to his candidacy, Somma serves as a Lieutenant for Denver Fire Station 17 and wants to bring what he does as a public servant to the people of his district, noting that his professional and life experiences distinguish him from other candidates. If elected, Somma's first priority would be to meet with stakeholders, neighbors, and his colleagues on Council to collect ideas and reinstate a spirit of collaboration. 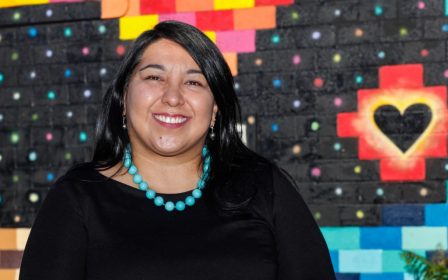 Jamie Torres wants to put her 18 years of experience working for the City to work for her neighbors in District 3. Torres, who has grown the City's Office of Immigrant and Refugee Affairs, says she knows what it takes to develop and implement policy and knows what District 3 needs to navigate exciting, challenging times ahead. As the District 3 City Councilperson, Torres would prioritize neighborhood planning in West Denver and getting a handle on major projects and initiatives like General Obligation Bonds, Stadium District plans, Federal Boulevard construction, and Denver Housing Authority builds.

Veronica Barela has spent a large portion of her career working in the housing and retail space for a nonprofit developer and has helped revitalize neighborhoods. Barela has deep roots in the Denver community and a strong understanding of city government- two assets she would like to lend to City Council as the representative for District 3. Barela lists her top three priorities as small business development, climate change and affordable housing. 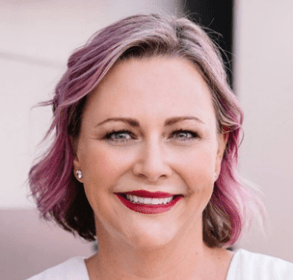 Amanda Sawyer believes that tough decisions need to be made to determine Denver's future and feels it critical to be part of the conversation. If elected, Sawyer would take a neighborhood-focused approach to ensure that her constituents feel that their voices are heard. Sawyer's priorities include building more mobility infrastructure that will get people out of single occupancy vehicles; addressing first responders' staffing and resource shortages; and creating stronger connections between District 5 and downtown.

City Council District 5 incumbent, Mary Beth Susman, sees Denver moving in the right direction and wants to continue to be a part of the work being done to make Denver a great place for everyone. Susman is opposed to Initiative 300 and firmly believes that action needs to be taken to create more humane shelters that take into account the needs of families, veterans, and those struggling with mental health and addiction issues. Among Susman's top priorities is improving mobility, addressing housing affordability, and supporting the East Area Plan and investing in the development of East Colfax. 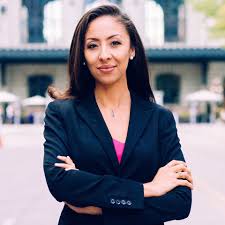 Candi CdeBaca did not respond to the Downtown Denver Partnership's request to participate in the Municipal Election Candidate Interview process.

Having worked for the City of Denver for seven years now, Albus Brooks knows how to drive progress forward. Brooks' priorities include addressing housing and homelessness; developing our workforce to ensure companies have the talent they need to grow; and continuing to be bullish on single-occupancy vehicles, which means making hard decisions when it comes to enhancing walkability and bikability in Denver. A self-described pro-urbanist, Brooks believes that the answer to environmental, affordability and transportation concerns is dense development and wants to ensure that the 200,000 new residents projected to move to Denver have a place to go with access to transit. As Brooks enters his next term, he hopes to drive more conversation and action surrounding equity and inclusion. 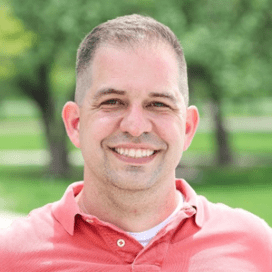 Since middle school, Chris Hinds has considered himself an advocate with a desire to leave his place better than he found it. In May 2018 he worked to pass the Chris Hinds Act, which passed with unanimous, bipartisan support after 15 months of work. This experience, says Hinds, is an example of his strong leadership and ability to coalesce groups to make things happen. Hines has served on Blueprint Denver, Denver Commission for People with Disabilities, Capitol Hill United Neighbors RNO, and Uptown on the Hill RNO. While Hinds’ direct legislative experience has been more at the state level, Hinds is running for Denver City Council because he wants to have a more dialed-in focus on impacting policy surrounding housing and transportation and hopes that his leadership on Council can be a model for the nation.

Prior to being elected as District 10 Councilman in 2015, Wayne New managed children's hospitals across the country. This experience required a focus on both business expertise and public service – both qualities to be effective managing our City and District 10. New has enjoyed representing District 10 with its beautiful unique neighborhoods, vibrant business areas, beloved parks, and nationally renowned museums and cultural facilities. Should he be re-elected, Councilman New will concentrate on homeless system improvements, affordable housing implementation, transportation funding, neighborhood quality of life, and major development opportunities for Colfax, Sherman Street, and the Golden Triangle.

As candidate for Clerk & Recorder, Peg Perl feels strongly about connecting citizens and stakeholders to government; and strengthening government ethics, the voting system, and the public's ability to easily access information about their government. Perl wants to be a conduit to residents, business owners, and stakeholders to access more information about what government does- including City Council, planning and zoning. As Clerk & Recorder, Perl would aim to break down silos in the Clerk's office, increase communications across departments, and create a unified, integrated platform for citizens to access information. 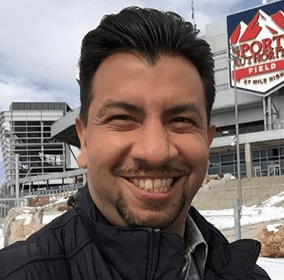 As candidate for Clerk & Recorder, Paul López will work to increase accessibility to ballot boxes and improve voter turnout; preserve and digitize records to improve accessibility and build trust in government. López recognizes the great technology that Denver already has in place, but stressed the importance of using that technology effectively to get people out to vote. López has extensive experience in Denver government, having represented the community on Denver City Council for 12 years.

The Downtown Denver Partnership has not taken a position for or against Initiative 302, however we strongly encourage Denver voters to learn about this measure in advance of voting.

Ballot Language: Shall the voters of the City and County of Denver enact a measure prohibiting the use of public monies, resources, or fiscal guarantees in connection with any future Olympic Games, without the City first obtaining voter approval at a regularly scheduled municipal election or special election should the City decide to use public monies, resources, or guarantees for this purpose?

What it means: The purpose of this ordinance is to submit to a vote of the registered electors of the City and County of Denver a proposed amendment to the Denver Revised Municipal Code concerning a prohibition on the use of public monies or resources towards a future Olympic Games without prior voter approval.

Why vote YES? “A YES vote on this pro-democracy, voter protection measure is supported by over three dozen elected officials and candidates for Denver municipal office, in addition to organizations taking fiscal responsibility, transparency, social justice, and protection of our environment into account in endorsing a vote of the people. Hosting the Olympics brings significant financial risk and long-lasting impacts.  Host cities are expected to cover the consistent (every year since 1968) cost overruns of the Olympic games, and Denver voters deserve a right to decide if they are comfortable writing a blank check to cover such overruns.”

Why vote NO? “This seemingly innocuous initiative to ‘Protect the taxpayer’ is dangerously broad, has extensive unintended consequences, and is brought by a group that is woefully misinformed about the risks, namely potential costs to the taxpayer of bidding and hosting an Olympic & Paralympic Games, that the ballot initiative seeks to mitigate.” Opponents describe the measure as dangerously misinformed and broad with the potential to set dangerous precedents. “The voters of Colorado, not just Denver, should have the final say. This initiative is too broad, too dangerous, and entirely too unnecessary to pass. Vote NO.”