The BID has partnered with property owners and the city on numerous streetscaping projects that enhance the pedestrian experience.

Over the years, the BID has consistently supported enhancements that help turn the community into an inviting destination. Since 2005, the BID has implemented streetscaping on the following streets:

The BID has also focused efforts throughout the District by placing more than 450 flower pots on streets off the 16th Street Mall. Each year, property owners are provided with an opportunity to help fund the capital cost of planters in front of their property and the BID commits to maintain these planters. These contributions have helped the program grow and have added vitality and greenery through the District.

Wayfinder signage is found in key locations in the District. The BID maintains signs along the 16th Street Mall and in the Convention Center corridor. Signage is also located along 14th Street and is maintained by the 14th Street General Improvement District. 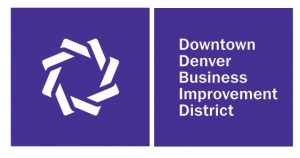 Connect with the Downtown Denver BID