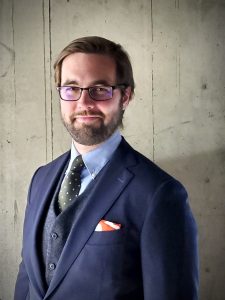 What makes Downtown Denver a premier choice for companies to locate and grow?

DH: Denver has evolved into one of the premier “aspirational” cities in America – offering an amazing and attractive mix of sunshine, seasons, access to the mountains and the outdoors, and a very welcoming and refreshing community spirit. While Downtown Denver saw a lull in office development following the oil bust of the 1980s and the development of millions of square feet of Class A office space leading up to that event – it developed a compelling identity as a forward-looking city through creative optimization of the historic fabric of LoDo, an enormously successful redevelopment of the former Union Station railyard, and (finally) embracing the South Platte riverfront. Combining those characteristics with well-integrated multi-modal transit opportunities (including bus, Metro light rail, commuter rail, protected bike lanes, and the most successful pedestrian mall in the United States along 16th Street) have helped foster a dynamic live/work/play environment downtown that truly lives up to all three of those elements.

What are the biggest opportunities for Downtown Denver?

DH: From a physical perspective, continuing to embrace the waterfronts along the Platte River and Cherry Creek (which together are the reason Denver is where it is), and restoring the 16th Street Mall via a long-awaited refresh. Both of those efforts will pay dividends for decades to come by providing Downtown with two wonderfully designed linear public spaces that also function as attractive pedestrian pathways and places for gathering. More broadly, continuing to embrace and attract a dynamic and expanding talent pool – both living in and near Downtown, and living in the wider metro area. Our firm, Patrinely Group, and our partners USAA Real Estate are definite believers in the long-term potential of downtown Denver – with our new project Block 162 a real demonstration of that belief.

What are the focus priorities for the Council in the coming year?

DH: Just like every city in America and most around the world, Denver’s been hit hard by Covid-19, and the impacts that public health protocols and the public’s reaction have had on the daily economic activity downtown. Helping to get the city and its downtown back on its feet will be a key focus of our Council. Increasingly, Denver is seen nationwide as one of the most desirable locations for personal relocation – and we have our work cut out for us as a city to remain competitive economically as one of the top locations for corporate relocations and expansions as well – alongside cities like Austin, Nashville, Dallas, and Salt Lake City. Remaining competitive will encompass a wide array of policy and strategic measures to ensure people and companies who want to be in Denver perceive it as a place that will encourage and promote economic growth and success.

Do you have a leadership quote or mantra that you believe in related to building great cities?

DH: My mentor from college taught a class called “Study of the City”, which was my absolute favorite course. One of his favorite and most influential urbanists was a man named Daniel Burnham, who designed the Flatiron Building in New York, was Director of Works for the famous 1892–93 World’s Columbian Exposition, and later masterminded the 1909 Plan of Chicago that helped make the city one of the powerhouses of America in the 20th Century. Burnham said “Make no little plans. They have no magic to stir men’s blood and probably will not themselves be realized.” I’ve always admired the optimism in those words – and the desire to inspire.

All Blog Posts
May 5, 2022 Economic Development

We’ve Stood Tall Through it All: Now Denver’s Ready