Our New Crystal Ball is in a Bike Light

If you know me, you know that I love to talk about transportation and mobility, and by the end of this, I hope to have you at least interested in joining me in an effort to make cycling safer for everyone in our city. And if we are somewhat acquainted, you probably also know how hard it is for me to start this conversation on a somber note. But it’s important, so bear with me:

Since 2014, twenty people have died while riding a bike in the City of Denver (City and County of Denver, 2021); a person in Elyria Swansea, a person in Country Club, a person in Highland, Sloan Lake; two in Five Points…and so on across almost all corners of our city. These are kids playing in their neighborhoods, moms commuting from work, brothers headed to watch baseball. In that same timeframe, another 263 people were seriously injured on a bike. These are your neighbors, your family, your city. Almost all of the people killed were within a 30-minute bike ride of Downtown Denver – they could have been your boss, your colleague or your co-worker.

The City of Denver has had a commendable response for addressing traffic crashes through their Vision Zero efforts in the last several years. City staff meets daily on the subject and are dedicated to responding to known crash locations with systematic and tactical traffic safety interventions – if you look closely, you’ll notice them – a new plastic bollard at an intersection, or more paint in a crosswalk.

In the meantime we are also seeing more dedicated bicycle infrastructure across the city, which means we are giving cyclists AND drivers a greater ability to make more predictable moves in traffic (I hear ya loud and clear – “Those dang cyclists think they own the road”). Believe me, better bike infrastructure helps to solve a lot of problems beyond safety.

What we don’t know is: Where are cyclists experiencing a close call without a crash occurring; moreover, where did a number of cyclists experience similar close calls at a location prior to, or even following a fatal or serious injury crash? If we knew this, we might somehow be able to solve a problem before someone gets hurt.

Crashes and serious injuries are just the top of the pyramid – for each of those nearly 300 people killed or seriously injured on a bike over the last several years, there are thousands more who have had a close call, or what we like to call in the transportation industry, a “near miss”, where a collision was avoided, but someone had to lay on the brakes or steer abruptly to avoid a crash.

We spend tons of money and time, social and political capital adding bike lanes, and yet every time someone experiences a near miss, they have a pretty good reason not to ride a bike – like living and all that.

To get the full return on our cycling investments we need better information about where we have patterns of near miss events occuring in our cycling network so that we can truly anticipate how to address all levels of safety not just at the known crash locations.

Luckily, I’m not the first person to have this thought, and in the U.K. several cities are using smart cycling technology, through See.Sense bike light sensors, to shed light (pun intended) on safety patterns in the bike network – it’s sort of like handing a magic crystal ball to transport planners. See.Sense is taking the guesswork out of roadway cycling safety assessments in cities including London, Manchester, and Birmingham and are making breakthroughs in cycling and safety analytics.

Here’s where this gets good – after postponing the study due to COVID-19, I’m proud to say that the Downtown Denver Partnership will initiate a See.Sense Smart Cycling Study this Spring, thanks in large part to Gates Corporation, the City of and County of Denver, and others. Denver will be the first U.S. city to initiate a study of this kind and the timing aligns perfectly with greater efforts to add 125 miles of bike lanes in the next couple of years.

Want to participate in the first U.S. cycling study through See.Sense?

To initiate the study, the Partnership will be handing out three-hundred See.Sense smart bike lights to selected applicants who are willing to ride their bikes and share data over the course of the next year (yes, all data is collected anonymously). This is an opportunity to be a part of a program that will give new tools to city transportation planners and designers to make more informed decisions about how to make the mobility system work better for everyone. To learn more and apply to the program CLICK HERE.

And stay tuned – this is sure to be an exciting year as we watch our downtown adapt to its new normal – the longstanding vision for a pedestrian focused downtown will be reinforced, new mobility patterns will emerge – and I pledge to share my thoughts on the mobility topics that are are bubbling to to the top of conversation. 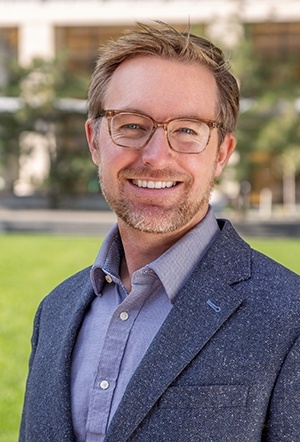 Project Propel | Cohort 1 | Homelessness through a lens of Mobility. What we see now that we didn’t before.