After almost one year in operation, The Commons on Champa released its
quarterly Impact Report.

Founded by the Downtown Denver Partnership, the City and County of
Denver, and the Colorado Technology Association, The Commons is
staying true to its mission to foster innovation and entrepreneurship in the
Denver community. The Commons emphasizes inclusivity and expands
access for entrepreneurs in all industries through high quality programming,
advanced technology, networking and other resources at low- to nocost.
Since opening in May 2015, over 16,000 people have attended events
and programs, used the work space, and learned about all The Commons
has to offer.


Read the report to learn how The Commons is building an entrepreneurial
community and becoming a one-of-a-kind asset for Denver start-ups. 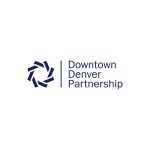