Note: this reflects unofficial results reported by Denver Elections Division and Colorado’s Secretary of State as of 11:30 p.m. on Tuesday, November 3rd and 8 a.m on Wednesday, November 4, respectively. Click here for the most up-to-date results in Denver and here for Colorado’s results.

At the Downtown Denver Partnership, we know that elections – no matter the size or scale – have the power to have major impacts on our city. And, we believe it is critically important to cast an educated vote – every time.  The November 3, 2020 Election presented Denver voters with 20 state and local ballot measures, in addition to choices on important elected seats such as President of the United States. As of 11 p.m. on November 3rd, a record-breaking 82.5% of Denver voters (Colorado’s voter turnout is currently being reported at just over 78%) had their ballots counted. The next set of election results are scheduled to be reported at 5 p.m. on Wednesday, November 4.

Nearly all the Denver issues presented to Denver voters are expected to pass, including additional funding to address climate change and homelessness, as well as funding for Denver Public Schools. At the State level, voters chose to repeal the Gallagher Amendment of 1982 with the expected passage of Amendment B.

Full election results on Denver measures can be found here via the Denver Elections Division and on Colorado measures here via Colorado’s Secretary of State. 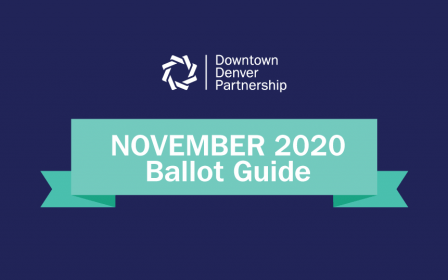 At the Downtown Denver Partnership, we know that elections - no matter the size or scale - have the power to have major impacts on our city. And, we believe it is critically important to cast an educated vote - every time. Each election cycle, the Partnership publishes a ballot guide to help you navigate the ballot questions you'll be asked to decide on. Read our ballot guide to learn more about our policy positions and for overviews of each measure that Denver voters will decide on on November 3 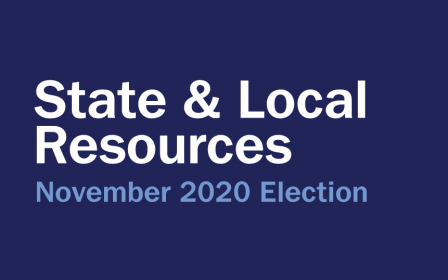 The Downtown Denver Partnership, alongside the City & County of Denver and RTD,...

Denver City Council is Denver's legislative body, and this elected group of officials...

Chaired by Jon Gambrill of Gensler, the Public Realm council focuses on improving...

If approved, this project would repair infrastructure and enhance the Mall experience for all...

Britt Diehl, Manager of the Executive Office & Special Projects at the Downtown...

The Economic Development Council, chaired by David Haltom, of Patrinely, serves as the...

Today, the Downtown Denver Partnership is pleased to announce alongside the City and...

Each week, the Downtown Denver Partnership will round up the Five Things you...

Chaired by Bahman Shafa, the BID Board of Directors represent varying types of...

The Commons on Champa

The Commons on Champa, Downtown Denver’s public campus for entrepreneurship founded by the...